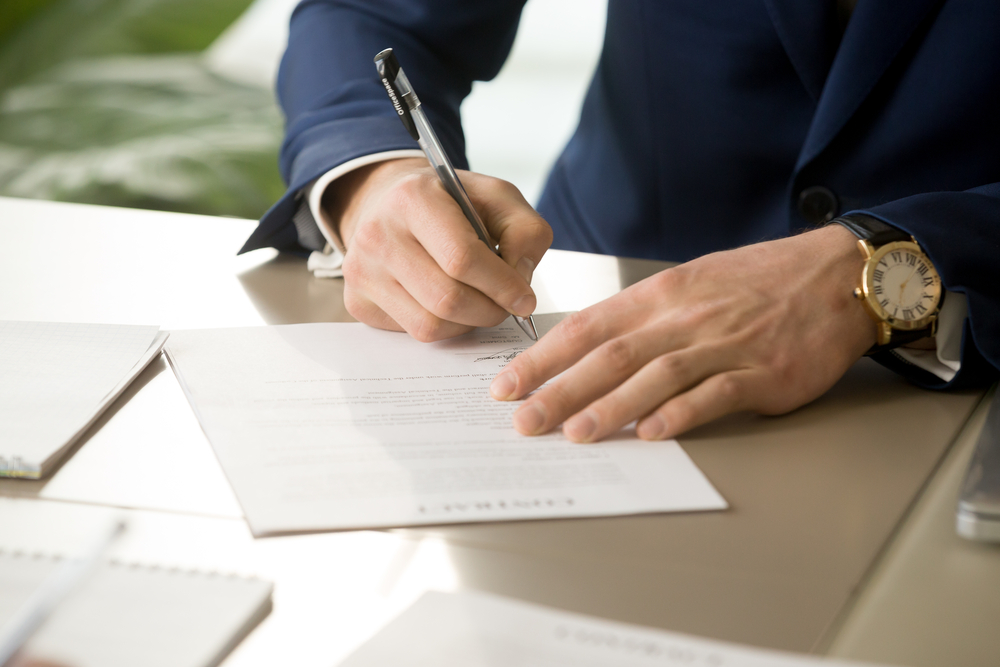 One thing that often confuses people is the difference between execution clauses that look like this:

Did you know that the way you, or the other party signs a contract may have an effect on whether the contract is binding or not?  For example, if you want to sell goods to a purchaser, if the purchaser leaves out a director’s signature, the agreement may not be binding and enforceable on them.

What if a single director signs under the EXECUTED clause?

Businesses entering into contracts need to be careful that companies signing under the EXECUTED clause are doing so correctly. Section 127 of the Corporations Act requires that a valid execution by a company requires either:

In the case of Knight Frank Australia Pty Ltd v Paley Property Pty Ltd [2014] SASCFC, a large purchase contract was signed by a single director of the purchaser, when the company had two directors under the EXECUTED clause, rather than the SIGNED clause.  As such, the contract was not enforceable against the company.

In short, the signing of the EXECUTED clause needs to meet certain formalities under the Corporations Act to be considered valid and binding.  The SIGNED clause should only be used where a director has been expressly authorised by a company, such as by company resolution, to enter into agreements on that company’s behalf.

If you would like advice or assistance with corporate law and formalities relating to correctly executing your contracts, or if you would like a review of your agreements, do not hesitate to contact me at or give me a call on 1300 033 934 for a no-obligation quote.